The Abuse of Political Correctness in the Eyes of Two Comics

If nothing else this political season, Donald Trump, and Ben Carson to an extent, should be owed a debt of gratitude. This does not translate to a blanket endorsement of all their ideas, however. Without them, would the matter of "political correctness" have truly been brought into the open? More particularly, what it has turned into. And how it has affected society in a negative and potentially dangerous way.

It's akin to multiculturalism, a good idea run amok, until it becomes more important to achieve than the havoc it creates. The divisive concept of identity politics. Leave it to intellectuals enamored by theory to completely misjudge the reality of humankind.

It's also akin to issues like human rights, where the idea and aspiration is kidnapped on the international level by abusers, using it as a political sword and shield.

I was surfing and led to this video of John Cleese, and his apt words, "If people can't control their own emotions then they have to start trying to control other people's behavior."


and from that to this from George Carlin:

Of course, it's easy to find more like these. But since they expressed the point quite well, after I watched I decided to make this post and here it is.

It goes beyond the infantile, sincere belief there should be "safe spaces," however, particularly in matters of expression. Too often it has become a safe space to practice intolerance. The Yale Halloween costume episode comes to mind, but there is also the insidiousness when it is used to justify academic boycotts, or quash speech and stigmatize. Kirsten Powers's recent book, The Silencing: How the Left is Killing Free Speech, is replete with examples of wrongful behavior.

Perhaps the need to control comes from a fear that people, hearing something else, might actually see a different truth, one based in reality, and to realize hypocrisy going on in the form and practice of repressive tolerance, a construct of critical theory. But that's a topic for another time.
Posted by oldschooltwentysix at 2/02/2016 08:12:00 PM No comments: 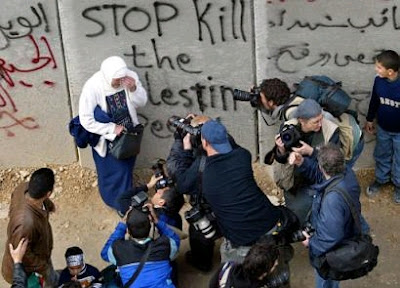 Perhaps we could do with some affirmative action to allay suspicions that journalists in the mainstream media have some sort of political agenda to advance when they show up for work. After all, voters are deeply divided, yet most journalists seem to come down on the same side of the political spectrum every time.
Posted by oldschooltwentysix at 1/18/2016 07:43:00 PM No comments:

Some Words from the Republican Debate

Don't know who will be the next president, but it won't be Ben Carson. Unlike the others, he has no record to fall back on as a means to impress. Who wants to hear about the intricacies of surgeries he has performed?

This post is not to tout Carson as a candidate. However, it's not as if he has nothing to offer to the general debate. It would be nice to excise the best qualities and ideas from each candidate and create a perfect leader. The stuff of fiction.

One place where Carson struck a chord that should resonate among all is seen in the following question and answer at the Republican debate on January 16 in South Carolina:


BARTIROMO: Dr. Carson, one of the other candidates on this stage has brought Bill Clinton's past indiscretions. Is that a legitimate topic in this election? And what do you think of the notion that Hillary Clinton is an enabler of sexual misconduct?

CARSON: Well, there's not question that we should be able to look at past president whether they're married to somebody who's running for president or not in terms of their past behavior and what it means. But you know, here's the real issue, is this America anymore? Do we still have standards? Do we still have values and principles?

You know, you look at what's going on, you see all the divisiveness and the hatred that goes on in our society. You know, we have a war on virtual everything -- race wars, gender wars, income wars, religious wars, age wars. Every war you can imaging, we have people at each other's throat and our strength is actually in our unity.

You know, you go to the internet, you start reading an article and you go to the comments section -- you cannot go five comments down before people are calling each all manner of names. Where did that spirit come from in America? It did not come from our Judeo-Christian roots, I can tell you that. And wherever it came from we need to start once again recognizing that there is such a thing as right and wrong. And let's not let the secular progressives drive that out of us.

The majority of people in American actually have values and principles and they believe in the very things that made America great. They've been beaten into submission. It's time for us to stand up for what we believe in.

Wish more people would heed these wise words. These roots are not necessarily about religion, but a way of living together in a state of general tolerance. It's far from perfect, but it is a key to why Western society is so successful and, dare I say, progressive!

And speaking of the question posed to Carson in the debate, Kirsten Powers raises an interesting question about changing norms in matters of alleged of sexual abuse in our absurd political environment, where cognitive dissonance reigns.
Posted by oldschooltwentysix at 1/16/2016 02:45:00 PM No comments:

Obama's Last State of the Union

Disappointed, not surprised, and here's why.

One sense I never get from Obama is a genuine desire to compromise. It makes his clarion call that we are all in this together ring hollow. He has acted to divide and alienate using identity politics as a touchstone. He decries power and money in politics and society, yet takes full advantage of it when it benefits his desires. It makes the rhetoric Orwellian.

In the speech, he saw fit to lecture. As if many in the audience are ignorant about what is actually important, or care less than he does. It is condescending and arrogant, and not the way to bring people together. Yet he consistently uses mockery and puts his opponents down, not to mention the occasional abuse of power, the "Chicago" way.

Reading comments from the people he alienates is very sad, too. Hate is everywhere these days. It pours out even at the slightest attempt to distinguish. Why bother trying to engage in discussion, only to be impugned. It does not matter if it's an Obama hater or sycophant, the methods are the same. If words or ideas can be misconstrued, they will be misconstrued.

Unlike talking heads or bloggers, Obama's duty as president, is to serve "We the People," as he mentioned. However, too many Americans believe he does not recognize or respect their voices, but only those that agree. And when he allows his prejudice to show it allows his proponents to show theirs. It would be nice if Obama would walk the walk, despite what others may do or say, because of his unique role in representing all Americans.

His view of the world also seemed skewed. The existential threat he denied is already exposed. ISIS spreads to more states. Europe's culture is increasingly stressed by multicultural relativism. He thinks these will not be of more immediate and dangerous impact than climate change. He seems convinced that all people share values, that the Universal Declaration of Human Rights is universal. He is sorely mistaken. His normative projection of what should be conflicts mightily with what is.

Recognizing this reality does not vitiate a desire for harmony. To insinuate it does is a form of demonization that is too often heard. What is worse is that these theories of human nature, of what should be, applied, often fail miserably, while the elite proponents do not feel the effects of what they impose to better the rest of humanity.

Of course, it all seems to be spinning out of control. The ease at making white noise and manipulating through social media and disinformation does not portend improvement until after things get worse. It should not be that way, should it?
Posted by oldschooltwentysix at 1/12/2016 11:26:00 PM No comments: